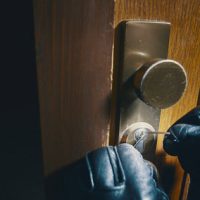 Burglary charges are some of the most common in Ouachita Parish, but they are also largely misunderstood. Louisiana law recognizes different types of burglary and the penalties for a conviction will vary depending on the type of charge and the facts of the case. Below, our Ouachita Parish felony defense lawyer breaks down the different types of burglary, the penalties associated with them, and how you can defend against the charges.

Simple burglary is defined under Louisiana law as illegally entering any dwelling, watercraft, vehicle, or other structure or cemetery with the intent of committing a felony or any theft once inside. So, while breaking and entering does not involve the commission of a felony or theft, burglary does. A burglary charge can be upgraded to aggravated burglary in some situations. These include when:

Witnesses are not usually present when a burglary occurs and so, there is a lot of room for false accusations. If you have been charged, it is essential that you work with an Ouachita Parish felony defense lawyer who can help you fight back against the charges.

The penalties for a burglary conviction largely depend on the facts of the case and what type of burglary was committed. A conviction for simple battery carries a prison sentence of up to 12 years, while aggravated battery is punishable by imprisonment from one to thirty years. Even though a one-year prison sentence is possible after a conviction for aggravated battery, there is a minimum mandatory sentence when a firearm was used during a burglary. In these cases, a person must serve at least three years in prison.

Burglary charges are scary for anyone facing them, but there are defenses available. The most common of these are as follows:

An Ouachita Parish felony defense lawyer will review the facts of your case and determine which defense is best.

If you or someone you love has been charged with burglary, it is critical that you speak to an Ouachita Parish felony defense lawyer. At Whiddon Criminal Defense, our seasoned attorney has the skill, knowledge, and experience necessary to fight for you and protect your rights. Call us now at 318-387-2776 or reach out to us online to schedule a free consultation.

By Whiddon Criminal Defense | Posted on September 6, 2022
« The Different Types Of Robbery Charges In Monroe
When Does Manslaughter Occur In Louisiana? »